Alberta researchers say care should continue through all life stages 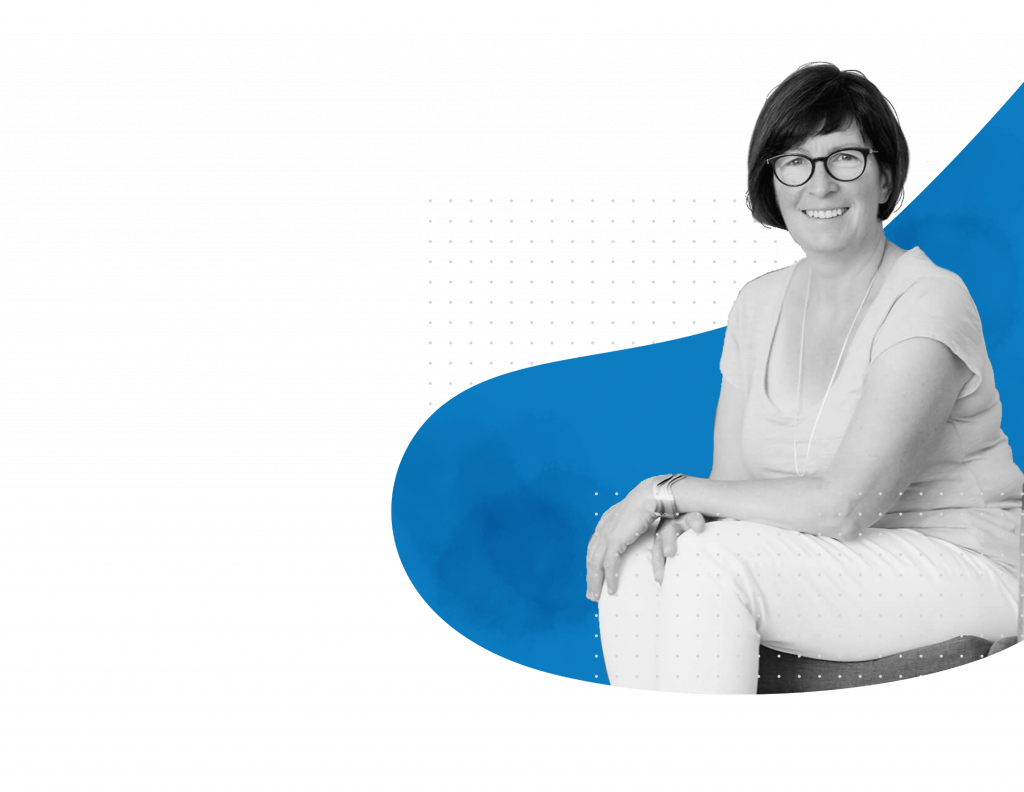 The numbers don’t lie—women are nearly twice as likely as men to be diagnosed with depression. Forty seven per cent of women are considered at high risk of developing mental health disorders, compared to 36 per cent of men. Up to a quarter of menopausal women experience severe physical and mental health symptoms.

Dawn Kingston, Sue Ross and Nese Yuksel aren’t strangers to mental health statistics like these. These Alberta Women’s Health Foundation supported researchers are conducting life-changing mental health research that impacts women of all ages, from adolescence to beyond menopause.

Offering ‘Hope’ to women at all stages of life

Dawn Kingston has served pregnant women across Alberta for the last five years as the Lois Hole Hospital for Women Cross-Provincial Chair in Women’s Mental Health Research. Now, she’s about to expand her mandate with broader research on women’s mental health issues throughout their lives.

Mental illness affects millions of Canadians, but women are twice as likely as men to suffer from a mental health disorder, according to a WHO study. Researchers like Kingston have made it their life’s work to look beyond the numbers and develop strategies to help women.

We want the tool to become embedded as part of their regular care, whether that’s women’s care, menopause care or perinatal care.”

The new research chair, funded by the Alberta Women’s Health Foundation, will build on Kingston’s successful Hope Project, which aims to improve the perinatal mental health of women through research and education.

Pregnancy and new motherhood are stressful times for many women, says Kingston. One U.K. study found that one in four women suffers from anxiety, depression or other mental-health challenges during pregnancy. For more than half of these women, the problems continue beyond the one-year postpartum period, sometimes for life. “Our evidence shows that we really need to continue caring for women across the life course,” says Kingston.

Her team has developed a digital tool to screen expectant mothers for mental illness when they visit their obstetrician or family physician. The Hope Digital Platform, initially funded through a WCHRI grant, also offers online therapies, referral options and access to a coach. It has been used by more than 4,000 women in more than 40 primary care clinics across Alberta.

Another priority is reaching out to immigrant women, to understand their mental-health needs, because “in some cultures, it is not acceptable to ask for help,” says Kingston. Her team is running monthly webinars where immigrant women share their concerns and discuss strategies, and they are developing a WhatsApp group and YouTube channel.

With her new mandate, Kingston’s team will expand the Hope platform to offer mental-health screening and support to women at all stages of life, including the early parenting years, menopause and times of loss. The tool would be used in clinics across the province, including inpatient and outpatient clinics at the Lois Hole Hospital for Women.

“We want the tool to become embedded as part of their regular care, whether that’s women’s care, menopause care or perinatal care. All these points are transitions where we should be checking on women’s mental health.” 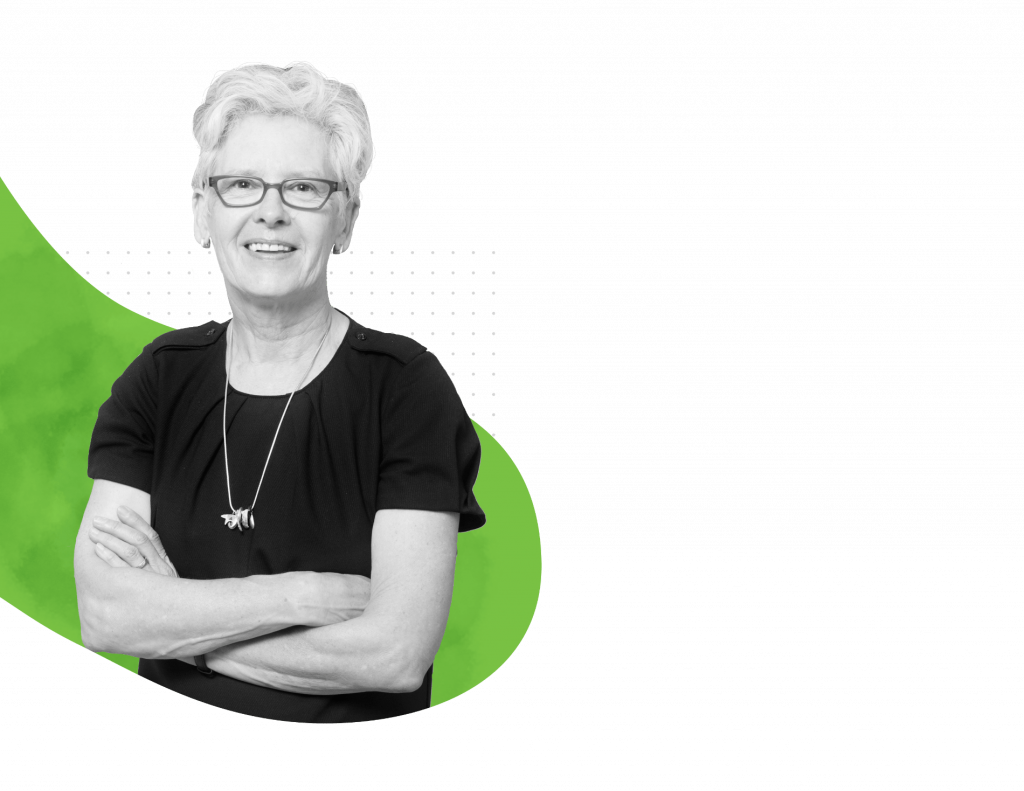 Menopause is a major transitional period for women, when they are often going through many other changes in their lives, says Sue Ross, Caravan Chair in Women’s Health Research. They may be new empty nesters, they could be dealing with elderly parents or other stressors and they may be starting to think about their own mortality.

In addition to physical problems such as night sweats, as many as one-half of menopausal women suffer from mood swings, irritability, anxiety, depression and an inability to concentrate. The symptoms go on for years for some women.

Ross has done focus groups with menopausal patients at the Lois Hole Hospital’s Mature Women’s Health Clinic, which takes a holistic approach to helping women with their menopausal experiences, including mental health issues. Ross’s studies have found that women who were able to get into a menopause clinic—there is a 14-month waiting list at the Lois Hole Hospital for Women site—reported clear improvement in their symptoms and quality of life.

She is also collaborating with University of Alberta psychiatrist Vincent Agyapong to develop a Text4Menopause supportive messaging program, which would send menopausal women encouraging messages and information on how to deal with symptoms. It will be modelled after the successful Text4Mood program developed by Agyapong.

In what she describes as “the most interesting and rewarding project I’ve ever done,” Ross has also worked for five years in the Maskwacis community south of Edmonton, collaborating with women and Elders to explore the experiences and needs of Indigenous menopausal women. After a series of discussions and community workshops, the group—who chose the Cree name Sohkitehew or Strong Heart—developed an informational pamphlet for women going through menopause and another for husbands and families on how they can help. Thousands of pamphlets have been distributed in Maskwacis health clinics. 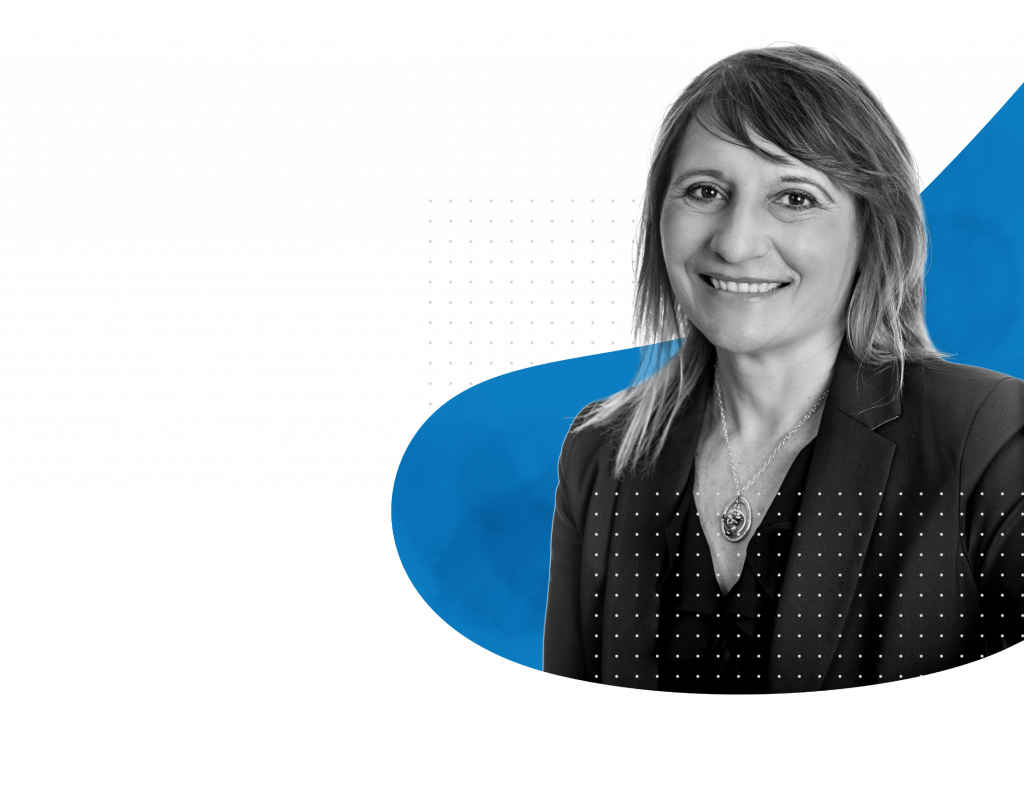 The themes of strength and empowerment are also central to work being done by pharmacy professor Nese Yuksel, a team member at the Lois Hole Hospital for Women menopause clinic.

In a WCHRI-supported project, Yuksel and her team did focus groups with women who had gone through early surgical menopause to discuss their physical and mental-health problems. Out of those focus groups, they developed a patient decision aid called SheEmpowers to help women make informed decisions about hormone therapy. The aid is currently in pamphlet form but the team hopes to develop an online or app version.

“The women in the focus groups talked about the importance of empowering themselves with evidence-based information. That was key for them,” says Yuksel, a professor in the Faculty of Pharmacy & Pharmaceutical Sciences.

Although hormone therapy is one of the best options for managing menopause symptoms for those who undergo an induced menopause, only about a third of those patients take advantage of the treatment. There is similar reluctance among the larger group of women going through regular perimenopause or menopause, even if they are suffering from serious physical and mental health issues.

The women in the focus groups talked about the importance of empowering themselves with evidence-based information.”

Most of the fear stems from a major 2002 trial by the Women’s Health Initiative (WHI) that found an increased risk of heart disease and breast cancer in menopausal women who took hormone therapy after five years. But Yuksel believes the results were misinterpreted and overstated the risks, particularly for younger, symptomatic women.

Yuksel sits on the board of the Canadian Menopause Society, which is working to make primary care providers more comfortable with prescribing hormone therapy in the right patient population.

“The unfortunate thing is that we still see the negative publicity of the WHI to this day, 20 years later. The negative perspective has stayed and it scares women as well as health care providers from using hormone therapy,” says Yuksel.

In addition to relieving physical symptoms of perimenopause and menopause such as hot flushes, night sweats and sleep disturbances, hormone therapy can help with mental-health issues such as fogginess, mood fluctuations and brain concentration, says Yuksel.

Menopausal women with a diagnosed clinical depression or anxiety may need antidepressants or behavioral based therapies, like cognitive behavioral therapies, to help with their mood symptoms, but hormone therapy may also augment those therapies.

Meanwhile, Yuksel, Ross and Kingston agree that some primary care practitioners may be uncomfortable discussing mental health issues with their patients, partly due to lack of training. But that needs to change.

The various tools developed by the researchers are helping push medical care in that direction. 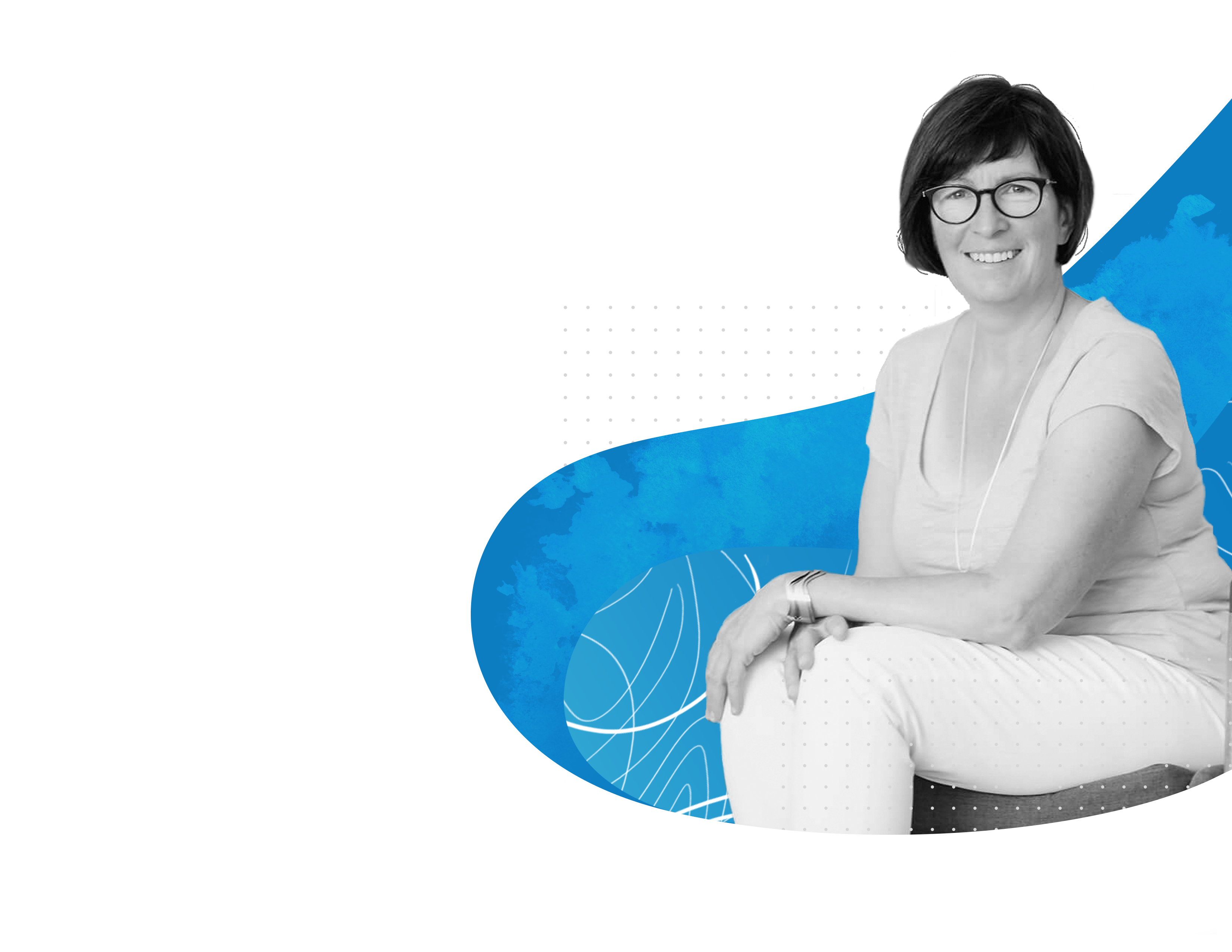 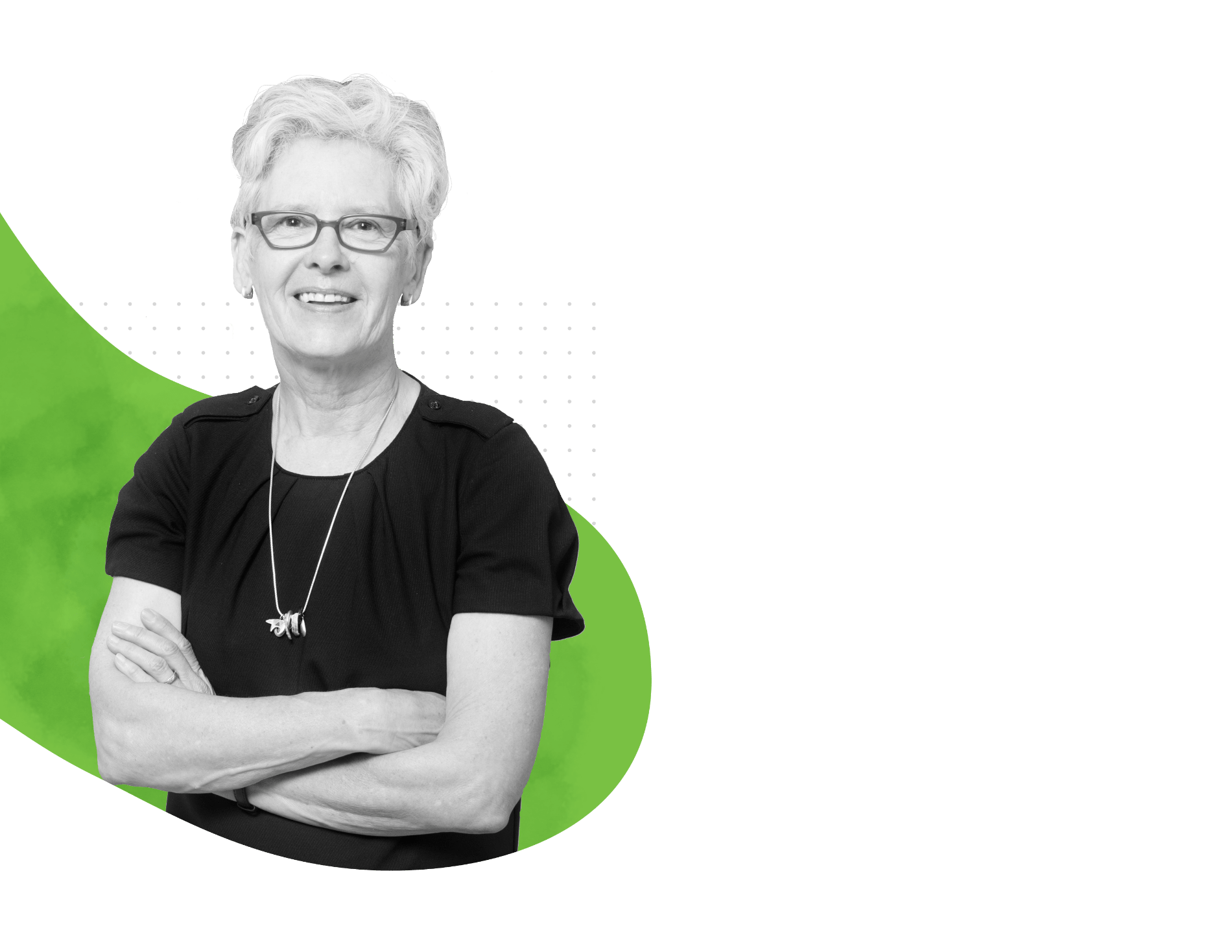 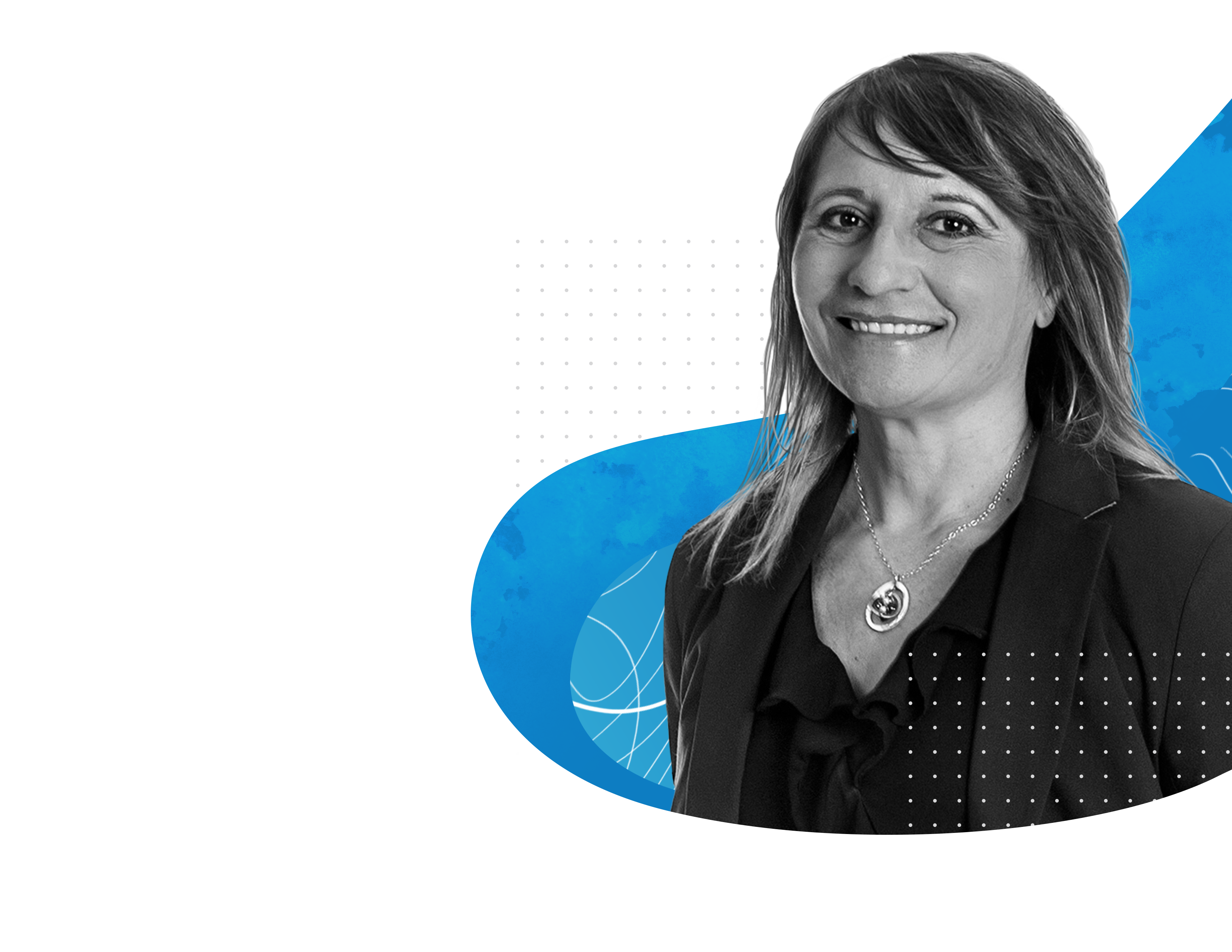